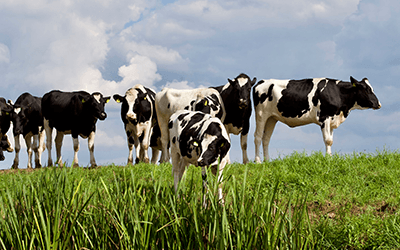 “Get big or get out!” seems to have been the mantra of the dairy industry over the last 20-30 years, certainly if a shrinking percentage in farms in the developed world with fewer than 200 dairy cows, and doubling of very large farms  with more than 2000 cows since 2000 is anything to go by. Tight profit margins are continually being eroded by increasing input costs, fluctuating weather patterns and inflexible milk prices, which means farms have to increase milk volumes to cover costs. The obvious route for better-heeled farmers is to try to leverage perceived economies of scale by expanding their operations. Smaller financially-strapped farms have either opted out of dairy and moved to other forms of income such as livestock, or have simply been swallowed up. It doesn’t have to be this way, however…

“Get better or get out!” should be the new buzz phrase. In pasture-based dairy businesses, over 95% of operating costs are directly related to hectares and cows farmed, and proportionately increase with farm size. This largely negates the effect of economies of scale, particularly with farms holding between 200 and 800 cows. Dairy farmers should be concentrating more on increasing management efficiency and milk production to grow their businesses, rather than embarking on capital-intensive expansion plans. Some ways to consider improving efficiency would be increasing cow pregnancies after insemination, increasing pasture production for the same inputs, and improving fuel efficiency when transporting feed concentrates to cows.

Farmers managing fewer than 150 cows face stiff financial challenges given the need for basic infrastructure on the farm and dedicated, experienced management. Significantly, however, smaller farms have lower cow feed cost components with shorter distances to be covered by the cows. While smaller farmers might not individually be able to negotiate higher bulk milk prices or lower prices for bulk commodities, there are certainly advantages to be gained by operating in collective buying groups or in cooperatives.

Considering pasteurising milk on the farm is also a possibility, even though, being a business on its own, it might add another layer of complexity to dairy farmers already working 15 hours per day. Taking advantage of improvements in small-scale milk processing technology, adding value and cutting out a middleman, however, can be a lifeline to smaller dairy farmers. Going organic also adds complications in that specific practices relating to grazing, feed and medical treatments are stipulated, but a premium is paid for organic milk.

SHOULD I DRINK MILK RAW, PASTEURISED OR STERILISED?